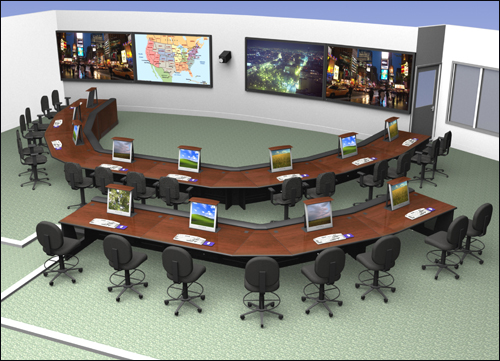 One of the stranger side stories to come out of the FBI’s secret investigation of then-presidential candidate Donald Trump’s election campaign back in 2016 came out in the news last week, where the FBI apparently chose to redact (or black out) a portion of a text message sent between FBI agents Lisa Page and Peter Strzok.

Apparently, the text message indicated the price that the Bureau’s then-acting director, Andrew McCabe, really paid for a conference table in materials that had been sent by the Department of Justice to the Senate Judiciary Committee, which has oversight authority over both the DOJ and the FBI. Senator Charles Grassley got a hold of an unredacted version of the message and referenced it in a communication he sent to the U.S. Department of Justice to demand that the DOJ stop inappropriately censoring public information. Here’s the text, where the information that had been redacted is indicated in square brackets:

Page: No way to change the room. The table alone was [70k]. (You can’t repeat that!) No, instead it just means we now have to get a small conference table for his actual office, so that he can actually have a meeting that is intimate. DOJ-PROD-0000118.

What Lisa Page’s text indicates is that the FBI spent $70,000 for a conference table for then acting-director Andrew McCabe, who would go on to be fired by President Trump back in March 2018, where a report subsequently issued by the Department of Justice’s Inspector General found that McCabe had engaged in a “lack of candor” while under oath on several occasions. The Inspector General recommended that McCabe face criminal prosecution.

Since the U.S. Congress approves the FBI’s funding, the members of that body have every right to access the FBI’s information on how it spends U.S. taxpayer dollars, which is what made redacting the cost of the conference table such a boneheaded move on the part of the FBI and the DOJ.

There is only one reason why it would ever have been done, and it is because $70,000 is an exorbitant amount of money for any government agency to spend on a conference table.

Paul Downs, who has crafted custom conference tables for a number of corporations and also NASA, but not the FBI, indicates on his web site that the price of a standard conference table that he might build for a customer would cost about $400 per linear foot. At that price, $70,000 could buy a 175-foot long table.

The site also indicates that prices rise as the tables get fancier, where the most expensive tables he makes will cost $2,000 per linear foot or more, where $70,000 would buy a spectacularly fancy 35-foot long table.

There is one more scary thing to consider from Lisa Page’s text. The FBI was shopping for a smaller conference table for his “actual office”. Who knows how much that might have cost U.S. taxpayers?!